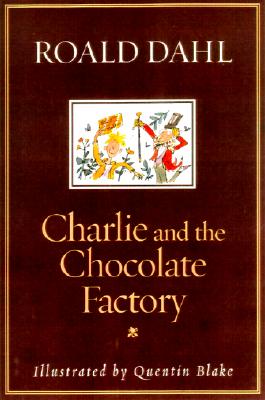 PLOT SUMMARY
Charlie and the Chocolate Factory is a book about a young boy named Charlie, who lives in a little cottage by the city. He has 4 grandparents: Grandpa Joe, Grandma Josephine, Grandpa George and Grandma Georgina. He has a very poor family, so most of the time he has bread and margarine for breakfast, boiled potatoes and cabbage for lunch, and cabbage soup for dinner. His father was the only one with a job, and he worked at a toothpaste factory. His job was to screw on toothpaste caps on the tubes after they had ben filled, although he doesn’t make nearly enough money to buy even half of what they needed for such a large family. Charlie was a huge fan of chocolate, so every day, his mother and father save up for the day of his birthday, to get a chocolate bar for him. What tortured Charlie most was that every day, on his way to school, he passed by a huge chocolate factory! It wasn’t just any chocolate factory either. It was the biggest chocolate factory in the WORLD, Willy Wonka’s factory, and he passed by it twice a day! Eventually, Willy Wonka sends out 5 golden tickets in 5 chocolate bars, and the 5 lucky winners will get a tour of a lifetime inside Wonka’s factory! So all the kids are scuttling around looking for the tickets, including Charlie!
GENRE
In my opinion, this is a fictional adventure book. Charlie goes on an adventure to find a golden ticket, and if he does find one, he will venture into the factory.
RATING

I rate this book four out of five stars. I liked this book a lot, especially the weird kids that wind up finding the tickets. But I won’t spoil them for you. All the rooms inside the chocolate factory are each unique, and very interesting. I highly suggest reading this book.
Reviewed by Rio, (Age 10)

"Charlie and the Chocolate Factory" by Roald Dahl